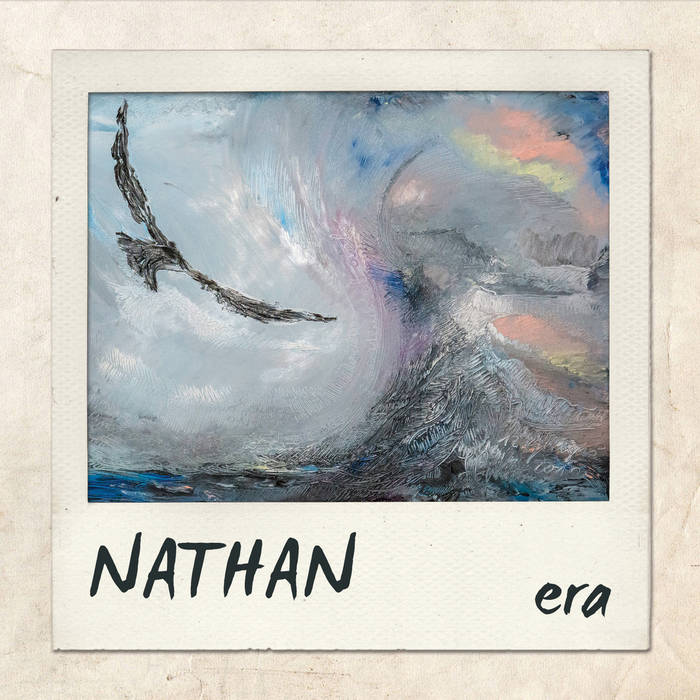 Sven B. Schreiber It's emphasized here explicitly that "Nathan" was working previously as a tribute band of "Genesis", "Pink Floyd", and "Supertramp", but if you, like me, already had enough of this never-ending 70's tribute stuff - don't you worry. There aren't too many remnants of the band's origins present in this recording. Yes, it's clean symphonic rock with undeniable influences from the old pioneers, but on the bottom line, "Era" proceeds more distinctly along the lines of generic "Rock progressivo in Italia". Favorite track: L'Ombra del Falco.

Born as a tribute band of Genesis, Pink Floyd and Supertramp, the Ligurian Nathan debuted on AMS Records with "Nebulosa" in 2016, a surprising album, the result of a real revolution within the band that led them to compose only original songs. But the group's inspiration has not been confined to the debut record, and "Era" is here to fully demonstrate that, a further step forward in comparison to the previous work.
Nathan's official line-up, in addition to the main trio consisting of Piergiorgio Abba (keyboards), Bruno Lugaro (voice) and Fabio Sanfilippo (drums), now sees Mauro Brunzu as the official bass player, and once again makes of additional contributions by Monica Giovannini (choirs, backing vocals) and Daniele Ferro (guitars), the latter author in particular of beautiful solos that further enrich each song.
To the initial revolution, now an evolution follows; noteworthy improvements can in fact be highlighted on several aspects: songwriting, consistency and clarity of sound, production (always taken care by keyboardist Piergiorgio Abba) for a release that, starting from a base of symphonic progressive rock flows into a solid modern and personal heavy-prog. The past is now behind, for Nathan a new "Era" begins!

Bandcamp Daily  your guide to the world of Bandcamp

Featured sounds from Fly Lo and Ahmed Idris, plus Mother Nature hops on to drop off new project